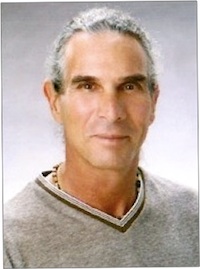 Hesh Goldstein
Born March 4, 1939 in Newark, New Jersey, 2-letter Varsity athlete at Weequahic High School, Captain of the Seton Hall University swim team and MVP. Major in Accounting with a Minor in Philosophy, Master’s in Nutrition, martial artist, and still an athlete in my 80's. Just a little slower.

I followed the dictates of my degree and worked at various public accounting firms in the Newark area. I eventually owned a home in suburban Livingston, New Jersey, with a white picket fence and a two-car garage. I was truly living the “American Dream”. Unfortunately, I was not happy because I felt my life had no substance and needed a change. I begged my wife to move to Colorado, but she was strongly opposed to it. One day I left for Aspen.

In 1975, while a “ski bum” in Aspen, good fortune came my way, and a friend encouraged me to become a vegetarian. I felt like “Alice going through the looking glass”, because it opened up a world to me I never knew existed. A multitude of edible combinations, flavors and tastes other than the meats, the eggs, the fish, the poultry that I was accustomed to. I felt like a kid in a toy store.  To make the cycle complete, I dropped all dairy products and became a vegan in 1990.  It was a strange beginning for a guy who was clueless about this lifestyle. I actually thought that brown rice was white rice with food coloring on it.

Somehow I migrated from Colorado to Lahaina, Maui in June of 1975 and landed a job that paid the whopping sum of “room and board” in a little vegetarian restaurant called  “Mr. Natural's”. This is where my informal education on vegetarianism began. The restaurant closed a year later and I started working in a small health food store in another part of the island, Wailuku. Somehow, the owners learned that I had an accounting background and I structured the formation of “Down to Earth Natural Foods” along with several other stores and natural farms that were run by a group of friends (“Ohana” as they say in Hawaii). The rest is history, as Down To Earth grew to be the largest natural food store chain in the state of Hawaii.

In 1989 I left Down To Earth and became nationally certified as a sport injury massage therapist. After working through chiropractic referrals in Honolulu for a couple of years, I eventually began traveling through the South Pacific with a bunch of guys who were making a martial arts movie, where my job was to keep the martial artists injury-free and to teach my Wing Chun style of martial arts. I returned to Honolulu in the mid 1990’s.

Today, after being the Controller of a large construction company, I enjoy my weekly passion of an hour-long radio show for which I have no sponsors, pay my own air time to not compromise my honesty in reporting the truth, and sold no products until recently when I learned first hand about the incredible benefits and results of taking organic sulfur crystals (which are currently for sale under “Products”). I have studied the Wing Chun style of martial arts since 1978. I play racket ball and tennis, body-surf, hike, swim, do stand-up paddling, race-walk, weight training and various cardio exercises and play in three softball leagues.

Now, in my 80s, I have no illnesses, am in excellent health, take no medications, and just found out that I have the bone density of a 20-year old. Who says one has to live a sedentary lifestyle once they pass the age of 40? I attribute my health to 45+ years of life style change, diet change and a healthy outlook on life, which includes my motto “If it had a face or a mother, or if man made it, don’t eat it”.

The other realization that I gained by being a vegetarian is that by adopting a vegetarian diet, one truly becomes soft hearted. How can one escape being hard hearted, when one cares greatly for its pet dog or cat, but has no regard for the cow or the chicken or the fish or any other animal that one salivates over at the dinner table. Everyone has a right to life